We went to Tamale and then up to Wa again, this time to teach the group how to make standing frames. The hospital at Wa paid for our tickets on the new air service from Tamale to Wa, which whisked us there in just under an hour. Sadly our suitcases had to travel six hos by road, due to weight restrictions to allow the plane to land safely in wet weather.  The rainy season was lasting longer than usual, delaying the harvest, yet more evidence of the effects of global warming.

One of the course members was an art teacher from a local Special School who had previously attended an APT course in Accra. We were able to visit his school and were shocked to see how few resources there were for the children to help them achieve their full potential. There were no art materials, musical instruments or sports areas. A tailoring course had stopped due to lack of materials. He had made colourful pictures for the walls of his classroom. They did have an old polytunnel greenhouse inherited from the previous site occupants, a school for the deaf, and some pupils learnt horticulture. 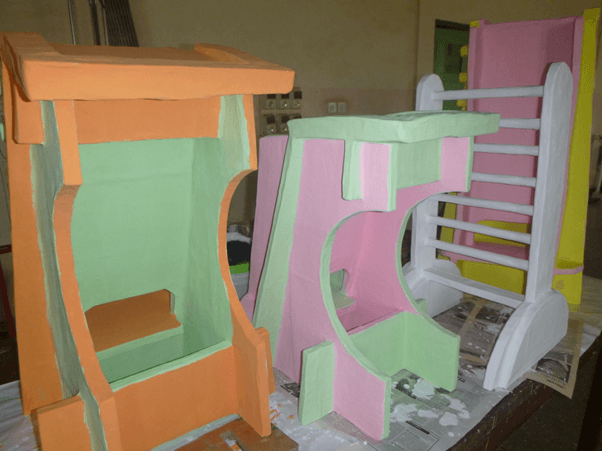 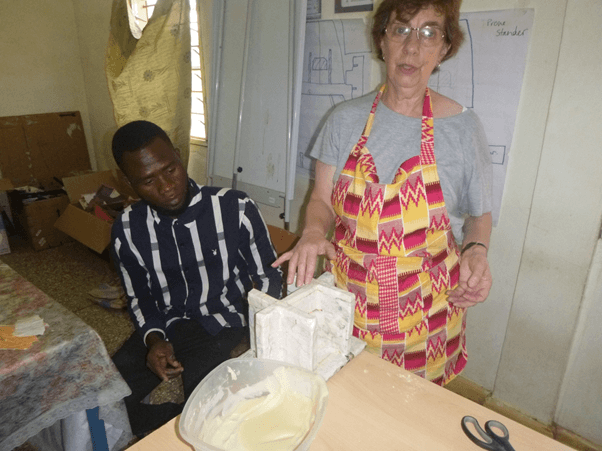 Then I and another Physiotherapist, Diane Lyle (no relation to Liz) met up in Tamale to run a one week course for some of the group and train more people to make chairs and frames. This proved very challenging as there was a variation in experience and interest of the course participants. Liz stayed on in Wa for a week, helping at the hospital and following up some of the Jacob’s Well supported farming projects in the area. Diane went on to Accra to visit APT groups there and Liz returned to Tamale where we spent the week renovating APT equipment and finishing chairs and frames for the children who had been assessed and measured the previous week. Half way through the week I was asked to see a 5 year old boy on the neurosurgical ward who had had an operation to remove a cerebellar tumour. Due to previous surgery and the site of the tumour, he was making little progress with recovering any motor function. Most of his time was spent lying on his back in a cot. We found an old car seat in the department and he just fitted into it. Sitting up in a chair allowed him to watch what was happening in the ward. He was measured for an individualised chair with a tray table attached in the hope that he could improve movement in his hands by playing with toys and encouraging active movement. We sadly had to return to the UK before his chair could be completed. One of the Tamale Physiotherapists is completing the chair and supervising his rehabilitation. 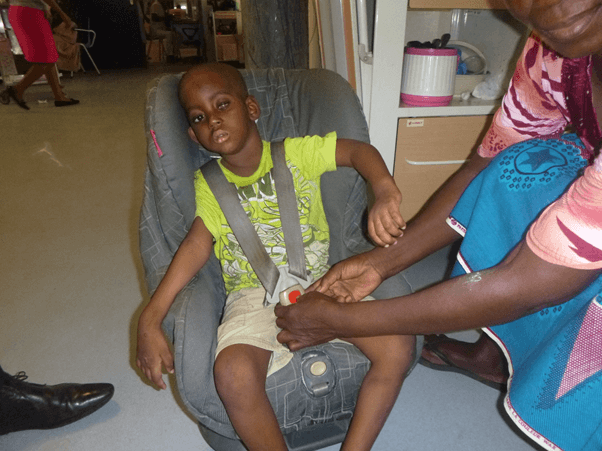 Plans for 2020 include setting up a new group at a Special School in Ho, in the Lower Volta region. We hope to run a two week course there in February and then go on to visit the APT groups at Tamale Teaching Hospital and the Upper West Regional Hospital in Wa.